The ASRock B550 Taichi Motherboard represents the philosophical state of undifferentiated absolute and infinite potential. A motherboard that fulfills every task – with style! Become like water. Shapeless, formless, versatile for any situation.

The ASRock B550 Taichi Motherboard represents the philosophical state of undifferentiated absolute and infinite potential. A motherboard that fulfills every task – with style! Become like water. Shapeless, formless, versatile for any situation. The ASRock B550 Taichi Motherboard provides a superior power design that can handle the highest performance Ryzen desktop processor, even when overclocking. With large, passive heatsinks and 2oz Copper PCB foundation, it keeps temperatures lower, the system is more stable and improves energy efficiency.

Strengthens the ASRock B550 Taichi Motherboard to prevent bending caused by heavy coolers or graphics cards with better airflow and enhanced stability.

Whether you are using headphones, a headset, external or internal speakers, via USB, Wi-Fi, analog output or even HDMI, Nahimic Audio offers you the most engaging listening experience, vibrant and rich with details. The Sound Tracker is a visual indicator that points out the directions from which predominant sounds are coming. Each sound is properly positioned in 360° on a radar for a full immersion during the game.

Dr. MOS design features the latest SPS (Smart Power Stage) technology. It’s optimized for monitoring current and temperature of each phase, thus delivering smoother and neater power to the CPU with enhanced performance and OC capability. Dr. MOS is the integrated power stage solution which is optimized for synchronous buck-set down voltage applications! Intelligently delivering higher current and driving up to 60A continuous current for each phase, thus providing improved thermal result and superior performance.

Featuring sturdy components and completely smooth power delivery to the CPU. Plus, it offers unmatched overclocking capabilities and enhanced performance with the lowest temperature for advanced gamers as well.

Rule Your Own Lighting Way with Polychrome RGB

ASRock motherboards deliver stunning performance and superior aesthetics to rule your own colorful lighting way! ASRock offers a very comprehensive control to perform the built-in RGB LEDs or the connected LED strips, CPU fans, coolers, chassis and any RGB devices smoothly. Devices can be synchronized across the Polychrome RGB Sync-certified accessories as well. The addressable RGB LED header supports WS2812B addressable RGB LED strip (5V/Data/GND), with a maximum power rating of 3A (5V), a max of 80 LEDs and length within 2 meters. The RGB LED header supports standard 5050 RGB LED strip (12V/G/R/B), with a maximum power rating of 3A (12V) and length within 2 meters.

Welcome to the new Wi-Fi standard! ASRock’s motherboard equipped with next generation Intel Wi-Fi 6 802.11ax adapter. The speed will be working up to 2.4Gbps and it will also natively operate with both 2.4Ghz and 5Ghz simultaneously. Significant improvement in bi-directional MU-MIMO support is another attractive feature as well.

The reinforced steel slot on the ASRock B550 Taichi Motherboard comes with the next generation PCI Express 4.0 standard. The various benefits include: Extra anchor points, stronger latch, ensure signal stability, and make sure heavy graphics cards to be well-installed.

This motherboard has a pair of onboard Type-A and Type-C USB 3.2 Gen2 ports built on the rear i/o for supporting next generation USB 3.2 Gen2 devices and to deliver up to 10 Gbps data transfer rates.

Unlike most so called pre-mounted I/O shield that is only decorated with fancy color schemes. We reserve more tolerance space and allow IO shield is adjustable when installing, thus fitting chassis perfectly without any mechanical issue.

The ASRock B550 Taichi Motherboard supports the most recent HDMI 4K 60Hz graphics output specification. With the larger bandwidth and increased frame rate, the motion on your screen becomes more fluid and less blurry.

Extra large aluminum alloy heat sinks that effectively take away heat from the MOSFET and chipset so that your whole system may perform more stable.

Supreme 12K black capacitors with lifespans of at least 12,000 hours. Compared to other counterparts on high-end motherboards that merely have lifespans of around 10,000 hours, ASRock applied Nichicon 12K Black Caps that offer 20% longer lifespans and provide more stability and reliability.

A new designed protective cover for all of the crucial parts near the motherboard’s rear I/O, so that they won’t easily be damaged by static electricity.

High Density Glass Fabric PCB design that reduces the gaps between the PCB layers to protect the motherboard against electrical shorts caused by humidity.

Some sensitive digital components on the motherboard are vulnerable to power surges, the excessive current may cause your system to malfunction immediately. ASRock Full Spike Protection includes various technologies to prevent your motherboard’s components from being damaged by these unexpected voltage spikes. 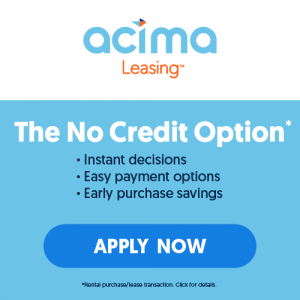